SKU
MD-01452
Skip to the end of the images gallery 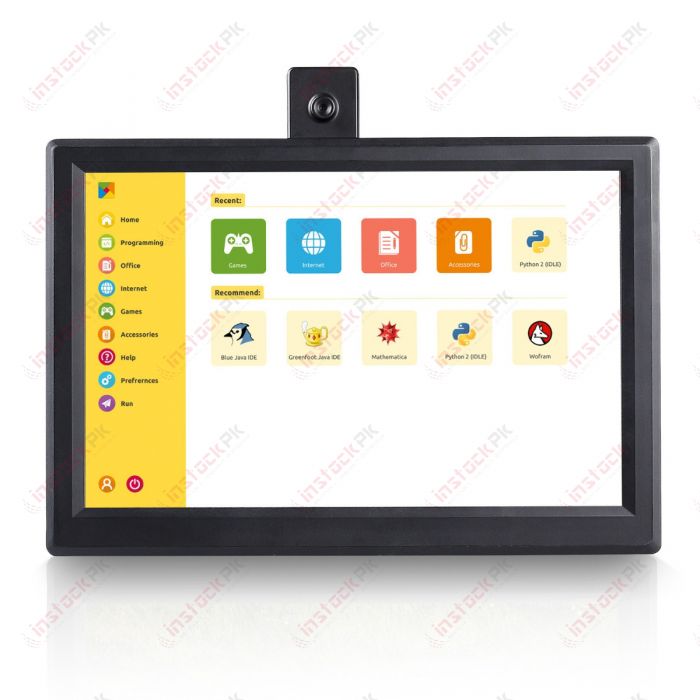 Skip to the beginning of the images gallery
PKR 24,200.00
In stock
Quantity: 0
Notify me when the price drops

SunFounder 10.1 inch IPS LCD raspberry pi LCD screen with a high resolution of 1280x800 pixels supports the key operation. This HDMI raspberry pi display adopts mature and unique design scheme of Raspberry Pi via an all-in-one machine which has clear display effect.
It comes with a bracket that can make the IPS screen stand upright on the table. If you want it to hang on the wall, you can use the standard 75mm * 75mm fixing holes because it has been designed with fixing holes at the back for wall mounting. Attachment frame of Raspberry Pi official camera is provided, if you have the Raspberry Pi official camera, you can install it.

This monitor supports multiple video input interfaces such as HDMI, VGA and 5V/2.5A output interface. Besides, an HDMI cable is included, so you can start the screen quickly and conveniently. With the buttons on the monitor top side, you can choose to control the screen by pressing the keys. We update the raspberry pi case to be more protectable than before which is made by 3 pieces of transparent acrylic plates. Besides, it supports plug-and-play under Windows 7,8,10 and Linux and many OSD languages; such as Simplified Chinese, Traditional Chinese, English, Japanese, Korean, Spanish, French, German, Italian and Portuguese and so on.